The Highlanders will host the Chiefs at 7.05pm on 13 June 2020 while the Blues will take on the Hurricanes at 3.35pm Sunday.

More than 50,000 rugby fans are expected to be on the grandstand for the opening round of Super Rugby Aotearoa which kicks-off tomorrow with the Chiefs taking on the Highlanders at Dunedin. 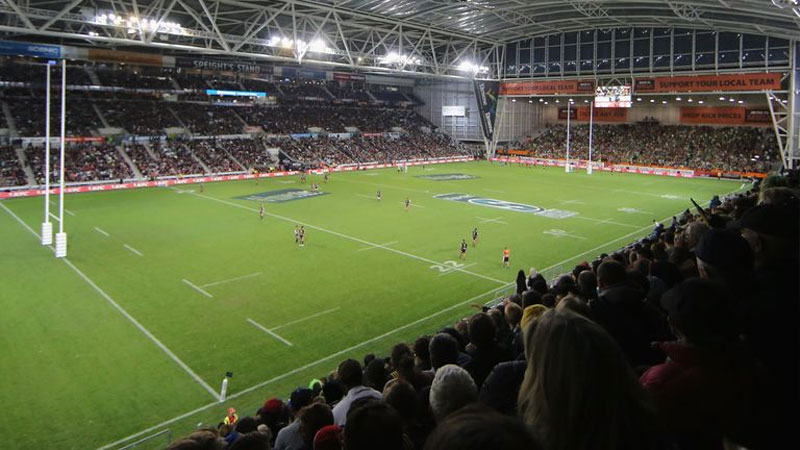 Stuff.co.nz reports that sales for the Blues and Hurricanes match at Eden Park on Sunday topped 34,000 yesterday afternoon while the Highlanders reported 16,000 tickets sold for tomorrow’s opener.

Both venues are expected to be heavy but below capacity at kickoff, with Eden Park having a capacity of 48,000-plus while Forsyth Barr Stadium has the capacity of 22,800 according to the Highlanders.