The oldest rivalry in Australian rugby league had to wait a little longer than usual to be rekindled but when it did the Roosters made up for lost time against the Rabbitohs. The premiers arrived with an 0-2 record but made a mockery of that over the 80 minutes with the returning Boyd Cordner and debutant Josh Morris demonstrating that at full strength Sydney’s Easts remain a force to be reckoned with.

A six-point half-time lead felt unders for the Chooks after they defended with control and attacked with craft, in particular Luke Keary’s kicking game. But the game was won in a blitz after the interval when they crossed twice before the Bunnies had mentally left the sheds.

The premiers are back. 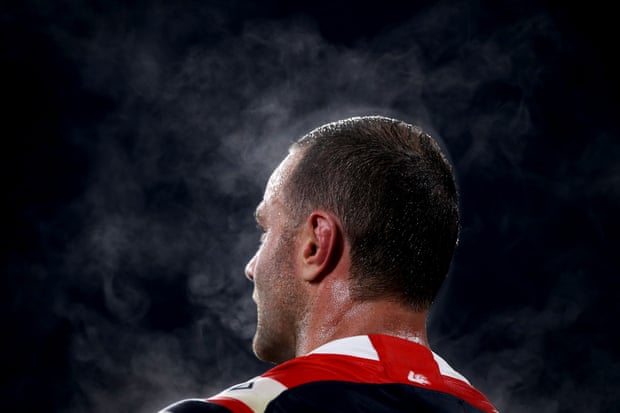 77 mins: That captain’s challenge has iced this game. The Bunnies make no ground from their own line and the Roosters hold it safely up their jumpers for most of a set before Jake Friend snipes off the back of a ruck and grubbers through to an unguarded in-goal to seal the deal. Latrell Mitchell was busy wrestling off the ball.