Mooar is joining New Zealand Rugby as attack coach and Wales were due to be his first opponents with the All Blacks.

Wales are looking to rearrange their trip to New Zealand after two July Tests were postponed, while the Kiwis are due in Cardiff in November.

“It would be huge to face Wales first up,” said Mooar. 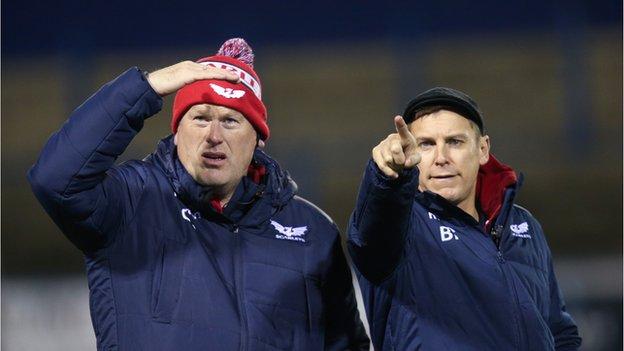 “It is pretty fluid and hopefully we will have some Test matches. Ideally the world can open up again at some point and we can be back over here.

“It would be awesome and a huge privilege to be playing against Wales at the Principality, against some old mates, and it would be a hell of a game with two very good sides.”

The Mooar family are about to embark on a 17-day journey to get back to their native Christchurch, which will involve flying from London to Auckland via Doha and Sydney, followed by a two-week quarantine period in a hotel.

Mooar is travelling with departing Scarlets and Wales centre Hadleigh Parkes, who is moving to Japan later this year to join Panasonic Wild Knights.