The matches pit the Australian Indigenous team against the New Zealand Maori side, with a capacity crowd of 25,000 expected to be in attendance at Queensland Country Bank Stadium.

A collection of the game’s most exciting players will get men’s footy started for 2021 when the Indigenous and Maori teams meet for the Harvey Norman All Stars. 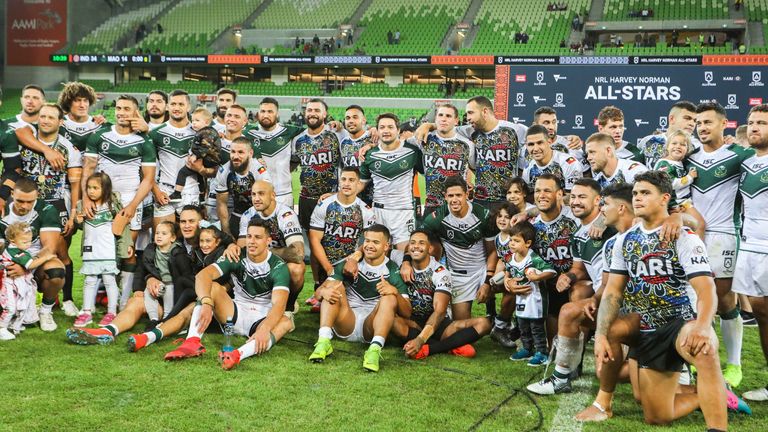 Cody Walker, Latrell Mitchell, Benji Marshall, Jack Wighton and Jarome Luai are only a handful of the big names who will proudly represent their cultures at Queensland Country Bank Stadium in Townsville on February 20.

Walker has been named as captain of the Indigenous All Stars team while Dallin Watene-Zelezniak and Joe Tapine will share the Maori leadership duties.

Wet weather has blanketed Townsville for most of the week and rain is predicted for game day.

Seven new players were added to the match on Sunday after Melbourne’s representatives were omitted from the game due to COVID-19 border restrictions.

The Maori side, coached by David Kidwell, are reigning champions having beaten their counterparts 30-16 last year.

They possess a dangerous mix of power, skill and athleticism and will again be tough to overcome. But the blinding speed and ad-lib attacking instincts of Laurie Daley’s Indigenous squad will give them hope of reclaiming the Arthur Beetson Trophy.

Adam Gee will referee the match, with Phil Henderson and Ziggy Przeklasa-Adamski the tough judges.